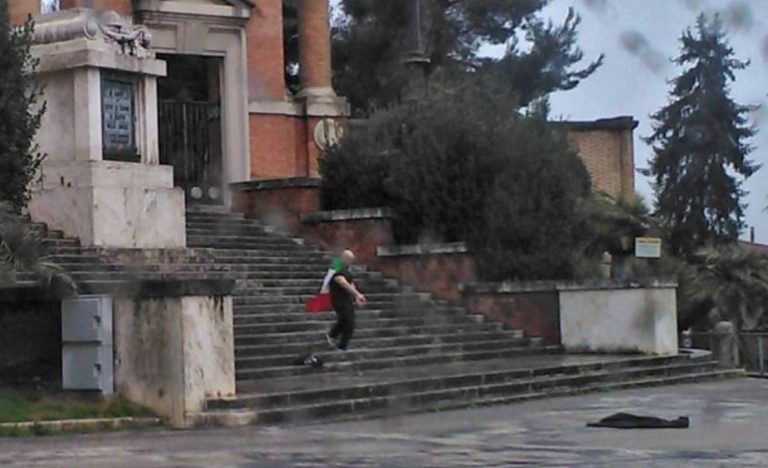 A racist raid took place around 11 am in the city centre. A woman and five African men were hit by gun shots in the upper part of their body. Two of them have undergone surgery, one is in intensive care , the one more has a guarded prognosis.

The perpetrator of the raid is Luca Traini, 28 years old, he is a  skinhead and he has the tattoo of the far right group  ‘Third Position’ on his fronthead. He is a supporter of Forza Nuova and Casa Pound – two far right/fascist political organizations and was also a candidate for the Northern League in the municipal elections in the village of Cardonia in 2017.

Traini began firing on the black people he found on his way while driving his car in the area where the man arrested a few days ago used to live, before being charged with the murder of Pamela Mastropietro. When Traini was stopped by the police, he wore an Italian flag on his shoulders and raised his hand in the fascist salute.