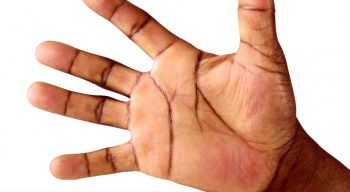 Still violent attacks on the streets, in the days just passed, to the detriment of foreign citizens, presumably “guilty” of the sole fact of having a different skin color.

It happened in Lercara Friddi (PA), where a young dancer of 23 years, son of Mauritians but born in Italy and adopted after birth, Davide Mangiapane, was beaten and offended with racist phrases (‘dirty negro come back home, you’re not worthy to stay with us “) near a pub. For the assault, a 29-year-old young man who is a warehouse worker and a 16-year-old relative were reported for personal injury and violence. The incident dates back to last July 21st, but it was announced only in recent days because the victim had not filed a complaint. How many other episodes, like this one, do not even go back to the local news, are they derelicted to facts of crime or are not reported for fear of retaliation?

Another aggression took place against a 24-year-old migrant from Gambia, Buba Ceesay, a guest of the parish of Don Massimo Biancalani, in Vicofaro (PT). Against him, during the night of August 2, around 11 pm, one or two shots of the pistol were fired, accompanied by racist offenses (to the cry ‘Negroes of *****’). The young man was fortunately unharmed. Two young Italians would shoot. The same parish priest of Vicofaro, Fr. Massimo Biancalani, told about his Facebook profile, after reporting the fact to the police station.

In Naples, also on 2 August, around 10 pm, Cissé Elhadji Diebel, a 22-year-old Senegalese street vendor, was shot and wounded by two people on a scooter in the Vasto district. “They fired three shots. One went blank, one hit my right leg and the phone saved my left. ” Cissé was with two friends according to whom the attackers would have fired on the group without saying a word.
And after this latest aggression, a protest demonstration of the Senegalese Community of Naples was held last Friday, together with the activists of the anti-racist network who kept in mind that these are not isolated cases, and have listed the most recent ones: “The aggression against a Nigerian citizen in Villa Literno, an immigrant from Mali hit with a shotgun in San Cipriano, three Bangladeshi citizens beaten at Lake Patria, among others “.

Even in Monselice (PD), Fouad Bamaarouf, 45, a Moroccan citizen, was beaten on the doorstep and forced to take care of the emergency room. For him, a contusive trauma to the head and abdomen and five days of prognosis. Someone knocked on his door at midnight. When he opened, a fist hit him violently in the face and another in the abdomen, causing him to fall to the ground. The attacker has vanished and he has only to ask for the intervention of 118. “In the late afternoon of Wednesday a man, in the car, has lowered the window and filled me with offenses, showing me the middle finger and taking it with his my nationality, “said Fouad.” The fact is that I met him again at the bar and there we met rather harshly. ” According to Fouad’s story, the man had it with him because, in the past, “a Moroccan” had stolen his watch. On the night after the altercation, aggression.

Fortunately, there are also positive facts in reaction to the brutality of what happens. Between episodes of violence, denunciations and “socialized” anger, the bar that stands against racism stands out. «No to racism, yes integrated Adria». This is the writing on the receipt of the bar ‘Lo spiffero’ of Adria, in the province of Rovigo, which is going around the social media. “Here in Adria – explains the owner of the bar – there have been no particular cases of racism. But I was impressed by what I read in the newspapers or heard on television. ” Also in recent days, a businessman from Veneto had bought the pages of some newspapers to launch a message in favor of the inclusion of migrants.
Concrete daily behaviors show that the anti-racism paths are endless, just deciding to take them.