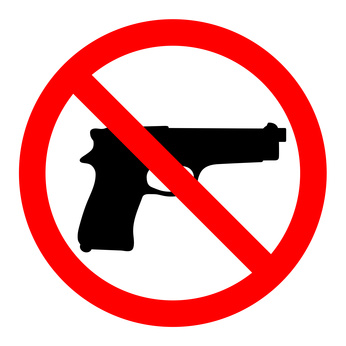 Another shot started from the balcony of a private home, this time in Cassola (Bassano del Grappa) and hit a 33-year-old Cape Verdean employee, an employee of an electrical installation company, while he was working on a scaffolding, about 7 meters of height. The man was hit in the back. The author of the shot said he wanted to hit a pigeon. Now he is investigated for aggravated personal injuries and dangerous explosions. The investigators would not have found in the home of those who shot any element that could prove the racist matrix of aggression.

What is certain is that the shots in freedom that affect foreign citizens and Roma are becoming too many (remember the most recent below).

Even assuming that the target of the shot was the one declared, we ask: is it normal for someone to shoot a pigeon in a town? According to us, no.

The President of the Republic, who gave yesterday a significant speech on many topics, evoked the risk of a climate similar to Far West: from the importance of protecting freedom of expression to guaranteeing the impartiality of public powers, choosing to remember first of all the shot that hit Cirasela, a 15-month-old girl in Rome last week, to remind citizens of a sense of responsibility in the private use of arms. “A news story hit me. Italy can not resemble a far west where a man buys a shotgun and shoots from the balcony wounding a one-year-old girl, ruining his health and the future. This is barbaric and must provoke indignation “.

In the meantime, we hope that the Cape Verdean worker hit yesterday will recover soon.

You can find below some recent cases of assaults carried out with weapons, some of them undoubtedly racist attacks.

Two 17-year-old Egyptian boys, guests of a family home in Tarquinia, were first insulted with racist phrases and then assaulted by four local youths, between 10 and 18 years old, then threatened with the shots of a revolver gun fired by a 17-year-old boy .

In the night, unknown firing shots fired at the canonical house made available by the Bishop, where 20 migrants are welcomed. The shots pierce the window and an internal door. Fortunately, no boy is hit.

In the night, unknown firing shots fired at the canonical house made available by the Bishop, where 20 migrants are welcomed. The shots pierce the window and an internal door. Fortunately, no boy is hit. But the migrants are scared, as are the operators, who have been busy for a week in welcoming and integrating young migrants. The gesture is reported on Facebook by the managers of the home.

Rosario Dezio, 41, an entrepreneur and municipal councilor of the Democratic Party, binds and beats his worker, a Romanian worker, “guilty” of having stolen a gas cylinder to warm up. Dezio first shoots some rifle shots to scare him and then beats him with his bare hands and a stick, to give a “lesson”. The attacker must be held responsible for serious injuries, kidnapping and carrying of arms. The investigating judge applied the precautionary measure of house arrest.

Roberto Pirrone, a 64-year-old Florentine, no precedent, a regular firearms port for sporting use, after 8.30, leaves the house, in Viale Aleardi, after the umpteenth discussion with his wife, taking a gun with him. Wandering through the streets of Florence, reach the Ponte Vespucci. There is Idy Diene, a 55-year-old Senegalese citizen who sells umbrellas to passers-by. Pirrone sees it, takes out his gun and fires six shots. On the floor, Idy Diene’s lifeless body remains.

In San Calogero, in the province of Vibo Valentia, in the afternoon of Saturday, June 2, around six o’clock, Soumaila Sacko, 29, is killed, activist of the union, originally from Mali with a shot at the temple.

Daby and Sekou, two beneficiaries of the Sprar project of the municipality of Caserta, managed by the Ex Canapificio Social Center, the Rut community of the Ursuline Sisters and Caritas, around 22, while they are on the street, are approached by a car that shoots against of them with a compressed air pistol.

A boy from Mali, Bouyangui Konate, 22, a 22-year-old cook and manager of the first risto-bar run by refugees and asylum seekers from Naples, the “Kikana”, and for some time among the activists of the Ex Busy Occupation ‘crazy, he is wounded in the abdomen by a shotgun air.