You are here: Home / English / Do not disturb. Beating underway. 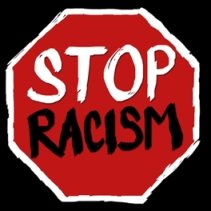 During the night of the last 22nd of July, in a casino in Torrenova street, in the eastern suburbs of Rome, a 42 years old senegalese citizen underwent to a violent assault from 5 roman youngsters. The man, security guard of the casino, was called with racist insults and then literally flung on the ground, punched and kicked in the head, and hit repeatedly with a stool when he was almost lifeless on the ground. The victim was admit to hospital for the received injuries, with a following 40 days prognosis.
No one publicly reported the occurred event, although it was very serious. No news, neither in the local press.
Police has declared the end of the investigations, lasted some months, which led to the arrest of the 5 aggressors. They are four brothers and a cousin, living in Casilino district (Rome). One of them was even 19 years old, the only one without criminal records. The investigators managed to identify them thanks to a careful analysis of the monitoring cameras’ tapes from the casino, which have record their faces during the beating. As soon as was possible, the policemen have also interrogate the victim, who has recount the dynamics of the quarrel, arose from the inappropriate behavior of the five, which were furthermore regular customers of the gambling house.
A very shocking video was diffused lately on the web, in which is taped the entire dubbing, showing the extreme violence and the rage that has been released on the security guard, literally defenceless and helpless faced with the fury of 5 persons which have go on totally unnoticed. It seems that all this groundless violence was released by the simple sentence: “Do not disturb the customers”, pronounced by the security guard to the youngsters, probably quite drunk at the time.
The Senegalese citizen, as security guard of the gambling house, was just performing his job, which is to calm down those clients whose psychophysical conditions, clearly gone off by the abuse of alcoholic substances, were creating problems to the other patrons of the house. Eventually, for this reason he was brutally insulted and attacked.

Despite the viral spread of the video and services in the mainstream national TV news, the medias kept a low profile. Generally was diffused the same identical news agency copied and pasted, without any further comment on the excessive use of violence, nor on the racist abuse, whereon most of the medias naïvely skirted the issue.
To the 5 aggressors was notified a pre-trial detention order in jail delivered by the Court of Rome’s Preliminary Investigation Judge, and they will have to respond of the serious accusation of accomplice liability of attempted murder, aggravated by the trivial motivations and the “racial hate” motive.

This would already be enough to open a reflection, for example, on how we are emotionless and accustomed to such violence (and maybe on how we don’t find it such outrageous, since the victim is a “black”). Yet, many and contrasting emotions arise while watching the video.